As Mark Shenton wrote in his article, “the challenge for West End producers trying to make a go of new plays is even greater”. This got us thinking about musicals too, as Viva Forever and Top Of The Pops Live, two more jukebox shows, have just been announced. Is there any room left for original musicals in London? 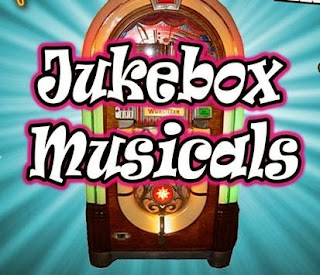 Ghost Replaced With Spice Girls Musical
It has been announced that the West End’s Ghost The Musical, currently being played at The Piccadilly is to come to an end in October but no word yet on if or where it is moving.
Although we don’t know where Ghost will be moving to, it has just opened on Broadway, and is set to open in Melbourne in August 2013, so it does seems it’s success will continue.
Replacing Ghost, will be jukebox musical, “Viva Forever” inspired by the music of girl band the Spice Girls. Judy Craymor, the mind behind Mamma Mia! and comedienne Jennifer Saunders are the writers of the forthcoming musical which is to open in December.
Viva Forever joins other jukebox musicals that are currently playing in the West End; Thriller Live, Jersey Boys as well as recently opened Soul Sister and ever popular Rock of Ages.
As well as Viva Forever, an interactive stage show version of the popular music chart show, Top of the Pops has been announced to play in Eastbourne later this year, and is expected to transfer to the West End after. The show will be directed by Thriller Live’s Gary Lloyd. The show will enable the audience to vote for the songs they want the cast to perform, and will have the choice of classic songs from the 70’s, 80’s and 90’s.
The Bigger Picture
This announcement has raised the question, do we really need another jukebox musical? Viva Forever is bound to draw in fans of the 90’s girl group and reignite that girl power! However it’ll be interesting to see if Viva Forever is ‘just another jukebox musical’ or pushes the boundaries of this overcrowded genre.
At first Jukebox musicals were a novelty; a way to reminisce in the good ol’ days . However more recently they seem to be a ‘safe bet’ to ensure large crowds. Million Dollar Quartet, a jukebox musical featuring the music of Elvis Presley, Johnny Cash and Jerry Lee Lewis closed early in January 2012, less than a year into it’s West End run. Could this be the direction that other jukebox musicals may have to take?
Their popularity with fans is obviously positive for London but is the lack of originality in story and songs beginning to become predictable and putting off writers and directors creating original shows? Or are jukebox musicals here to stay! Is this the new age of musical theatre?
Tell us what you think!