The best selling classics and popular musicals such as Les Miserables, The Lion King and Shrek are great for theatre trips this summer, but if you fancy seeing something a little different check out our recommendations for alternative West End treats! 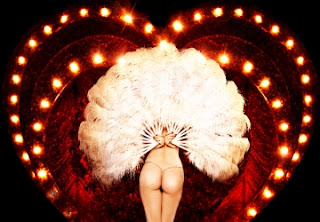 A burlesque show with a difference! Miss Polly Rae and her girls bring glitter and glamour to the West End, mixing traditional burlesque, pop, and fashion together to create a stunning show that is truly mesmerising. There are some great tunes from the likes of Madonna, Kylie and Prince, that will make you want to get up and dance! Popular with both men and women, the show celebrates everything beautiful about burlesque. Showing at the Duchess Theatre until the 22nd September 2012.

This production is not your typical musical and has caused more than a little controversy in theatreland.  The show is set around the 2006 murders in Ipswich, where five female sex workers were killed by Stephen Wright.  Actual speeches have been taken from interviews with the residents of London Road after the murders and are set to music, creating a very unorthodox – yet intriguing musical. London Road is playing until the 6th September at the Olivier Theatre.

Democracy is the story of secrecy, betrayal and political intrigue.  It follows West German chancellor Willy Brandt in his final months in office.  He is battling to keep his government together after there are suspicions of Stasi spies infiltrating his inner circles.  Democracy is a sharp-witted and stylish play, that is sure to get you thinking.  If you fancy seeing Democracy, it is showing at the Old Vic Theatre, don’t hang about though – the show closes on 28th July. For other political plays you may be interested in, read our post.

Featuring hits from Whitney Houston, Shirley Bassey, Diana Ross, Liza Minnelli and Beyonce; Drag Divas is where the party is at!  Hosted by Titti La Camp and Mrs Moore, Drag Divas is a completely unique experience. The show features the best up and coming drag act London has seen.  You are guaranteed glitz and glamour, along with first-class performances so whether you are fan of drag, or want to experience it for the first time, Drag Divas is the show to see! Drag Divas is playing from the 10th-25th August 2012 at the Arts Theatre.

Le Gateau Chocolat offers something a little different. The opera trained performer along with his live band, performs everything from Radiohead to Shirley Bassey. This heart-warming show lets us into Le Gateau Chocolat’s heart – and wardrobe, taking the audience on an intimate journey filled with fabulous music and costumes. Playing at the Menier Chocolate Factory, Le Gateau Chocolat will play from the 15th – 26th August.