For insight into the stage industry, we spoke to Emma Gallagher – mother of one, comedy writer specialising in parody songs, sketches and voiceovers. She is also a film/TV extra.
How did you find your way in comedy writing?
Back in 2003 I went to a comedy club in Brighton and saw a flyer asking for budding comedy writers to submit material for the Treason Show, a local comedy stage show in Brighton. I submitted my first ever sketch and a parody song. Luckily they liked it and I made it into their pool of comedy writers.
In April 2011 I was taken on as a writer for NewsRevue and so far this year I’ve had my material used by them on stage most weeks. Now I write for both The Treason Show (monthly Brighton/Touring) and NewsRevue (weekly Canal Cafe London).
Is it hard to get your material accepted?
It’s extremely hard as both shows require topical material, and there’s usually a team of very talented writers submitting material on exactly the same subject. You have to find an angle that no one else has thought of. You need to be sharper and funnier because each show may only cover that topic once. Occasionally I co-write with another writer, Hil Jennings. We bounce ideas around and come up with a song or sketch between us.

It has been confirmed that a revival of The Sound of Music and an adaptation of Harper Lee’s To Kill A Mockingbird will open at the Open Air in Regent’s Park, next year.
The Sound of Music is also back on the stage! Its last West End run was back in 2006 when the winner of Andrew Lloyd Webber’s How Do You Solve A Problem Like Maria?, Connie Fisher took the lead role as Maria.
It will play from 25 July to 7 September 2013 at the Open Air.
To Kill A Mockingbird, the classic American novel has been newly adapted for the stage. The book is highly regarded as one of the best books in American writing. Its themes of racial inequality and rape meant that the book’s original reception was mixed, with some wanting the book banned. It is now thought to be one of the most widely read books in America that approaches the subject of race.
The production runs at the Open Air from 16 May to 15 June 2013.
No comments:

Our reviewer Rachel Hutchings went to see Jersey Boys last week, and had a blast! Rachel tells all on the jazziest musical in the West End.
Oh what a night indeed!
‘fun frivolity, and frantic, foot-tapping’
Jersey Boys provides fun frivolity and some frantic foot-tapping numbers from Frankie Valli and the Four Seasons. It opens on the New Jersey street corner and follows the band’s search for a new member, and ends with their inevitable self-destruction. Jersey Boys portrays a tale of relationships and arguments, family break ups and deaths amidst the hedonism of Swinging Sixties’ Rock’n'Roll.
‘lovely nostalgic touches’
The show has been adapted from a book by Marshall Brickman and Rick Elice, chronicling the journey of Frankie Valli and his Four Seasons. Conversations with songwriter Bob Gaudio and Frankie Valli himself provided valuable insight into New Jersey life. The attention to detail is clear and there are some lovely nostalgic touches with black and white film from actual radio and television performances acting as a backdrop for significant musical moments.

Not all West End musicals are big hits, some end before they even really get started! We’ve ranked 10 of the shortest running musicals of all time!
Let us know if anyone out there has actually seen or heard of any of these shows! If you have, did these West End musicals deserve to be cut short? 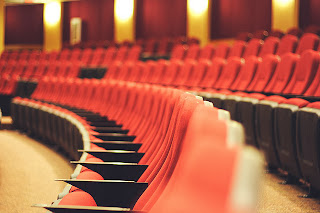 Which Witch (1992)
10 weeks
Which Witch, an “Operamusical” opened at the Piccadilly Theatre in London on October 22, 1992 and ran for only 76 performances. The critics ripped the musical apart, describing it as “the second worst West End musical of all time”.

Gone With the Wind (2008)
7 weeks
Adapted from the 1939 book, the musical opened at the West End’s New London Theatre in April 2008. Critics’ reviews were mixed but, the show closed in June of the same year.

Someone Like You (1990)
4 weeks
The musical opened at The Strand Theatre to solid reviews. The show centres around Abigail who goes to America with her son in search of her estranged husband, a priest. The show is set in Virginia, just after the Civil War. The show closed because the producer was in serious financial trouble and as his assets were frozen, the show instantly closed, after a month’s run.
By Jeeves (1975)
4 weeks
Riding high on the success of Joseph and Jesus Christ Superstar, all set for an up and coming touring revival, Andrew Lloyd Webber embarked on a musical version of  P.G. Wodehouse’s ‘Jeeves’ series of books. The reviews were harsh and blamed the lack of character development and its lack of comedy. The show opened on the 24th April, and closed a month later.
Imagine This (2008)
4 weeks
This musical set in Warsaw, Germany during World War 2 opened in November 2008 and closed a month later. The reviews blamed it’s “trivialising of the holocaust” for its poor reception. It wasn’t helped that it opened 6 weeks after Britain announced it had entered recession.
Behind the Iron Mask (2005)
3 weeks
Loosely based on The Man in the Mask, Behind the Iron Mask opened to almost instant, unanimous, awful reviews. The Guardian’s Lyn Gardner said of the show, “I would quite happily have volunteered for death myself to help speed things up.” (Ouch!) The show closed three weeks into its run, blaming the economic climate.
Too Close to the Sun (2009)
2 weeks
Reviews of this musical were unfavourable and the planned 8 week run closed 6 weeks early! Set in 1961, Idaho, the story was the fictional account of writer, Ernest Hemingway’s last five days before his death.
The Fields of Ambrosia (1996)
2 weeks
Based on the 1970 film The Traveling Executioner set in the deep South in 1918, The Fields of Ambrosia was said to be too distasteful and audiences weren’t ready to enjoy a black comedy that featured heavy violence. The show closed at the Aldwych Theatre after just 23 performances.
Murderous Instincts (2004)
1 week
Less than a week after it opened to damning reviews, the £2 million salsa-inspired musical closed. Set in Puerto Rico, the story revolved around a family who fought for their deceased father’s estate. Constant cast and creative sacking as well as script changes were said to be another cause.
Wilde (2004)
1 night
If there was an award for the shortest run of a musical – this would be it. Wilde, a show celebrating the 150th year since the birth of Oscar Wilde closed after one performance. The Guardian’s review said, “You begin to wonder whether the sound system is being affected by the hefty rumbling of Oscar Wilde turning in his grave.” We assume the producers wanted to save even more embarrassment and close up shop, quick!
No comments:

The title doesn’t give much away but the musical has taken Broadway by storm. Since opening in March 2011 at the Eugene O’Neill Theatre, The Book of Mormon has rewritten the rules of modern theatre – and will soon be playing in the West End!
Writing team behind controversial TV series South Park, collaborated once again in the making of the show and have created a success. (It is sold out until January!) The writers have previously created music for Avenue Q and also wrote Cannibal: The Musical.
The edgy musical refers to everything from religion to consumerism to the economy. The musical itself is set around two Mormons and their journey to Uganda as they embark on a Mormon missionary to convert a local tribe. The cultural differences are a shock for both the tribe and the two young men and do their best to convert them.
Although the controversial subject doesn’t exactly scream “musical”, the show is full of satire, humour and great musical numbers – and should follow the same success as Broadway. At the Tony Awards, the show won 9 awards include Best Musical.
A West End transfer is eminent as it has been confirmed that The Book of Mormon will open in March 2013 at the Prince of Wales Theatre once Mamma Mia! has moved to the Novello Theatre.
We will hopefully hear more about this musical soon so will keep you posted! We can’t wait to hear more about the characters and cast!
No comments:

Our reader, Stephanie, went to see Thriller – Live.  Take a look to see what she thought of it!
Thriller – Live is a spectacular concert with a twist of the theatrical, celebrating the person and music of Michael Jackson. The show can of course only be a representation of the man himself. But it succeeds in bringing us as close as possible in both familiar and new, imaginative ways.
Thriller Live delivers a funk filled two and a half hours of Jackson’s most popular songs and dance moves by a talented cast and live band. Expect to hear your favourite Jackson songs delivered almost faultlessly by an array of accomplished soloists. Each bring out a different side of Jackson – whether it is his high vocals or his moonwalking skills. The performers’ singing and dancing skills, combined with their accurate costumes, recreate some great versions of Jackson’s original songs.
Read more »
No comments: