The Lion King Director, Julie Taymor – An Inside Look

Julie Taymor is  best known as the acclaimed artistic director of the Lion King musical. She is mastermind behind the incredible designs and awesome spectacle. Taymor brings her artistic flair to everything she does. With training and research in dance, puppetry, mask and costume, design aspects infiltrate all areas of her art. Take a look at this selection of projects over the years to see the range of work she has done.
1992 to 1993 – Opera
In the early nineties, Taymor focused on directing opera. After visits to the opera, she felt she could better picture the scenes if she closed her eyes and imagined them. She brought imagery and colour, to productions of Salome, Johann Strauss’ opera based on the Oscar WIlde play, Richard Wagner’s The Flying Dutchman, Wolfgang Amadeus Mozart’s The Magic Flute and Ivor Stravinksy’s Oedipus Rex.
1997 – The Lion King
In 1997, Taymor became a household name with her hit production, The Lion King musical, debuted in the West End, but is now on Broadway and played worldwide. The Lion King features large scale design depicting the African savannah through puppets, costume and set. The technology and art of mime and puppetry came originally from her stay in Paris, at Internationale de Theatre Jacques Lecoq, and complemented later by a course from The American Society for Eastern Arts. Such skills influence not only the Lion King show, but much of her work.

For our insight into the stage industry, we spoke to Dan Baker – a musical actor, playing ‘Costas’ in Mamma Mia!  Tweet Dan at @dan_baker86.
How and why did you get into musical theatre?
At 17 I attended a dance class with a mate as a dare and not one to give up on a challenge, I carried on. Enjoying it more and more, learning to sing and exploring  all different aspects of the industry – it became more than just a hobby.
What is a rehearsal schedule for a show like?
Rehearsing for Mamma Mia was very intense – the first week we learnt all the music for the show and by week 2 were completely ‘off the book’. The week after we would start in the morning with a long physical and vocal warm up then moving onto learning all the dance routines and scenes.
Dream role?
My dream originally was to make it to the West End  - after achieving this I wouldn’t say I had a specific dream role but I would like to be in Wicked, Cats, Jesus Christ Superstar and West Side Story.
Morgan James has been in the news recently for trashing another show on twitter.  Do you support actors being super-critical in public about other shows?
I haven’t heard much about Morgan James trashing another show on Twitter.  As much as I support social networking as a means to get your name out there and gain ‘followers’, I think if you don’t have anything nice to say – don’t bother saying it!  If you feel compelled to say something, say it in the right way and to the right person!
A day in you life during live shows
My fiancé and I have recently had a baby so I spend my days during the week with them as much as possible and then go off to work in the evening at Mamma Mia!  - I have singing lessons every two weeks and also try and attend class whenever I can, but Friday and Saturday we have double shows so we have to be in most of the day.
What do you think of the price of West End show tickets?
I think ticket prices are a little bit overpriced in the West End – especially as we want to encourage more and more people to visit the theatre more often however I understand it is a business like anything else and profit has to be made because if it wasn’t we wouldn’t get money for new shows.
Which stage or musical director would you most like to work with?
I’m very much open to working with as many directors and choreographers as possible as I want to learn and gain as much experience as I can. The experience I’ve had and gained so far in this industry has been amazing however I would like to work with Trevor Nunn, Nikolai Foster, Stephen Mear, Andrew Wright to name but a few.
No comments:

Here is our last instalment from our series Theatre Guides. This week is our mini dictionary of some key theatre terms we think you might find useful!


Foyer – The main entrance to the theatre, where the box office, and sometimes a bar, are situated.  It is usually at street level, and can vary in size.  If it is not at street level, there is usually disabled access elsewhere. Call the theatre ahead for details or take a look at our guide to theatre accessibility.
Box Office – The counter where you can collect prepaid tickets, and buy tickets for today’s performance, or up and coming performances. Usually open about 2 hrs before a performance is scheduled to begin.
Auditorium – The main seating area of the theatre.  Usually split into 2 or 3 levels.

Stalls – The stage level seating area, sloping upwards towards the rear of the seating. Can be at street level, or underground.  There is premium viewing in this area, particularly in the centre.
Read more »
No comments:

We’ve picked the top 5 up and coming fresh, new faces who are making their way to the West End stage! Some already have a CV that any actor would be proud of!
Jonathan BaileyAt only 23, Jonathan Bailey is well on his way to becoming a big star. Currently starring in South Downs, Jonathan is no stranger to the stage. He has already played Prince Arthur in the Royal Shakespeare Company’s King Arthur and has been in hit Channel 4 comedy series ‘Campus’. Jonathan has a pretty impressive CV for someone so young, he is sure to be destined for great things! We wonder what we will see him in next…
Follow him on Twitter @Jonny__Bailey
Kyle Soller Kyle is an American actor, now based in London after training at RADA. He made his theatre debut in 2008 in The Beautiful People and has since gone on to play Tom Ripley in The talented Mr. Ripley and is currently in Long Day’s Journey Into Night at the Apollo Theatre. He also won Outstanding Newcomer at the Evening Standard Theatre Awards in 2011. 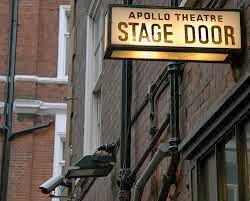 We want you to have an easy ticket-buying experience, an enjoyable theatre trip, and that you get the best tickets you can for your money. While we can’t guarantee the show you see will be great, we can make sure that your trip runs smoothly!
This series of theatre guides will teach you all you need to know about theatre in the UK, to make your experience an enjoyable one: tickets, seats, accessibility, convention and conduct… the list goes on.
This week is our last guide in the series! We are bringing you our Key Theatre Terms Guide, a mini dictionary of all the key terms you might come across during your theatre visit, so we hope they will help!
We hope you have enjoyed reading our hints and tips about everything to do with London Theatre! If you ever have any questions, you can contact us through our Facebook, Twitter or Google+ pages